OPPO F1s is a state-of-the-art smartphone with the ability to become an unopposed selfie expert just like it’s first two predecessors, the F1 and F1 Plus. OPPO F1s houses a 16 MP front camera with a F/2.0 aperture that allows more light to enter on it. Even an opposing low light environment while you’re traveling is not a problem!
The same smartphone was proposed as “the best mid-range phone” by TechPatrol because of its outstanding performance in an affordable price. Now, let us discuss on what are the best features of OPPO F1s that no opponent can beat in a traveler’s point of view. 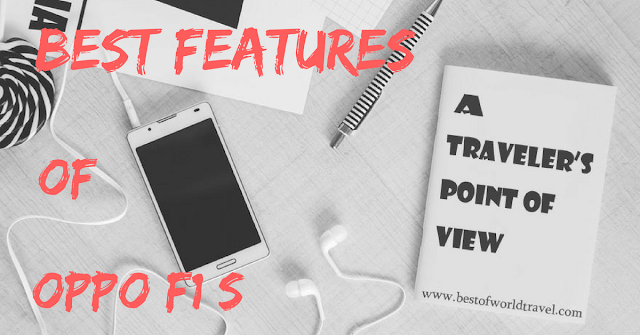 The operating system of OPPO F1s is a stock UI ColorOS 3.0 based on Android 5.1 Lollipop. The system combines speed and performance, removing the unwanted and sloppy overloaded platform, making it much faster and productive.
The OS serves a seamless integration and an easy customization that helps the user control the smartphone as they desired. Allowing them to monopolize whatever design they want.
The system also ships with almost no pre-installed software that help users save space and memory.
It also boasts its 150 optimized scenarios, a 41% faster app launch and 32% faster photo album boot speed which are actually very useful while traveling because of its reliability.

If you’re thinking that the OPPO F1s is just a selfie expert, then I will oppose that mindset!
OPPO F1s has an optimal performance that can cater the needs of a regular phone user. It has a 3 GB RAM carrying a 64-bit Mediatek MT6750 which is an Octa-core 1.5 GHz Cortex-A53. It is also running with a Mali-T860MP2 GPU which is actually very popular for it’s high performance in a very low energy consumption.
In Layman’s term, the F1s can run almost all of the popular games and software in the market easily with a low energy consumption.
Need For Speed, Asphalt, GTA, Minecraft, and of course Pokemon GO– name it and F1s might run it with ease! But for travelers like us, those stunning specs are surely be of a good use when using maps and camera based apps. Remember that a traveler needs a reliable travel gadget!

With these fast, reliable and low energy consuming device, I guess our future travels will meet little to no hiccups!

While the device can store up to 32GB internally, which is a really big help for storing multimedia files and software, the F1s also offers a stunning 128 GB expandable memory.
If a 32 GB ROM can store an estimated amount of 5722 at 16 MP pictures,  a 128 GB memory can handle up to 22888 photos. Truly a majestic device that can be used on taking photos while traveling the whole world!
Advertisement

Users can easily store here a number of high definition videos and photos all because of the massive storage allowance.

The new member of the OPPO smartphones can not be belittled in terms of its design. Because the high-performance smartphone has a smooth, glossy, metallic, and professional look in the outside!
Travelers won’t be shy in showing this awesomely 5.5 inches designed smartphone anywhere in the world. With these powerful characteristics, the OPPO F1s will truly shine brighter than most of the phones.
Let us not forget the power of the Corning Gorilla Glass 4, which is widely known from its hippopotamic sturdiness against scratches. It also provides a gloved and wet touch input. 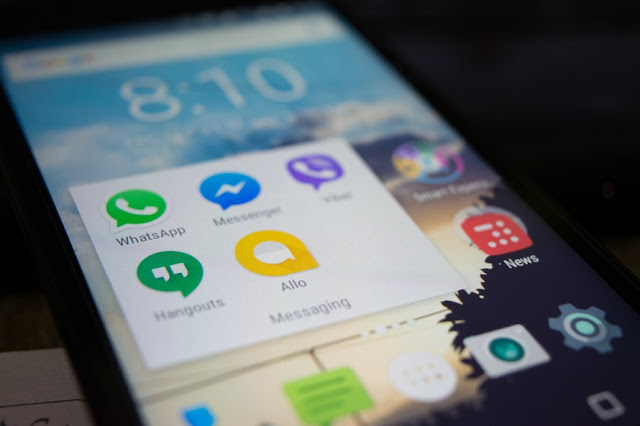 Since traveling is very prone in encountering undesirable situations while en route, this Android device provides its very own protection against undesirable acts like a little spill of coffee, a few key scratches or maybe even an unexpected fall.

While it may not provide a 100% protection against undesirable acts, the device can still protect itself from them….. with elegance.

But what do you really think are the beast of the best features of OPPO F1s?

Is it the word “oppo” that I have been using as a pun above?

Is it the performance? proportions? the OS?

As a traveler, there are just a couple of factors that I want to see in an android device that will accompany me in my worldly travels. And OPPO F1s has all of them in top condition! The next “best features” are the “beast features” for me, in my point of view as a traveler.

But fret not, the best features that I have talked above are still needed in order to run properly the beast features below.

Ahh… traveling..
Who wants to travel the world without the means to save and take memories? Taking photos and videos?
OPPO F1s has an awesome 13MP rear camera with flash that can take vibrant photos powered by its 1/3.06-in sensor. It allows the lens to maximize the light sensitivity which is perfect for taking at night time, where a joyful night life emerges! 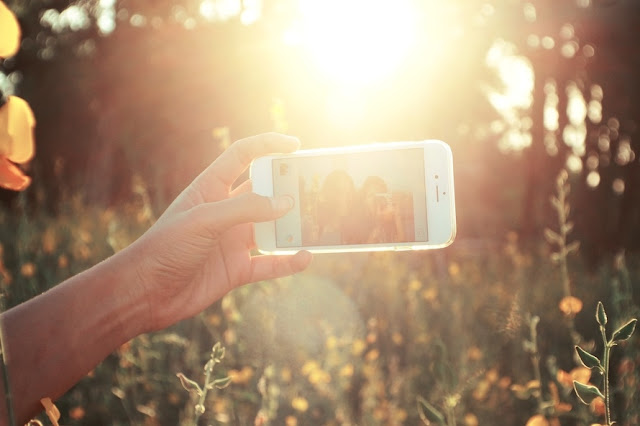 The device has a powerhouse of a 16 MP front camera which is actually good for solo and group travelers. Using the selfie feature, a lone traveler can take photos in front of a stunning view without the use of any accessories or any other pair of hands.
Asking someone that you don’t know in a foreign country can be a bit risky, but with this feature of OPPO F1s, that risk is minimized.

If the F1s will follow its predecessor’s legacy, then I am sure that the crown of the best selfie phone in the market will be hers!
Why is this one of the beast?
Remove the ability of a smartphone to take powerful photos, what will happen to your travel memories? Stored in a 2 MP camera? Stored inside your brain? Nahhh… That’s old school!
Take a look on what happened to my Cherry Mobile Flare S3 Octa when I was in Caramoan. On the first day, the camera did not work and I had nothing to use. All of those beautiful views are now stored inside my head. How can I share it?
On the second day, it worked! Alas, but it only took less than 10 photos before it gave up, again, another failure.
But with OPPO F1s, I think it has the ability to take your memories to the next level without any hiccups! Combining the power of its Operating System and performance, I think that this device will dominate the selfie category in the Android devices.

4G LTE and WiFi ready, Dual-Sim, A-GPS, and Bluetooth Support, these are just some of the features a traveler needs.
Traveling can be quite a hassle, sometimes it is fun, but sometimes there are emergencies that need an immediate call of action.  And this smartphone device has the ability to easily connect with anyone you want.
One sim card is enough, but for travelers, they need back ups. Since this smartphone offers two slots for sim cards, users can have a back up sim if ever one of them fails.
Imagine if you’re in a crowded town with your friend, both of you split up. But after a few hours, your sim card lost its connection and you can not find your friend. Unfortunately, you don’t have any back ups! What happens now?
With the dual sim specification of F1s, a back up sim can be good in times of emergency.
While this new smartphone has a dual slot sim card, it also houses a 4G LTE connection. A much faster internet speed compared to the past generations of 3G and E. Of course, the phone is also WiFi ready for easier communication and internet purposes.

Travelers can easily connect with friends and family using the social media or messaging apps because of the reliability of the internet connection.
The GPS function can be used to locate the user’s current location. If ever someone needs direction or got lost, it will be easier to tell the location with the ability of A-GPS connected device.
Lastly, OPPO F1s offers a high speed 4.0 Bluetooth that allows user to connect with each other by connecting two smartphones and sending multimedia files or even for wireless accessory use.

Well, I’m not telling that the OPPO F1s can run in supersonic speed, faster than the speed of sound. But what I’m trying to say is its Red Streak-like ability with a 0.22secs one-touch access using its finger sensor.

Even the OPPO Official website claimed that “it’s lightning-fast and flexible”. So how does it work?

As a traveler, sometimes I need to open the camera as fast as I can. For example, a colorful bird is just in front of me. If me and my device is too slow, the bird might just fly away, and my chance to take a stunning photo will also fly away. After that, frustration will befall!
But, if I can one-touch access my camera using my thumb, eventually my chances of taking that stunning photo will also rise. 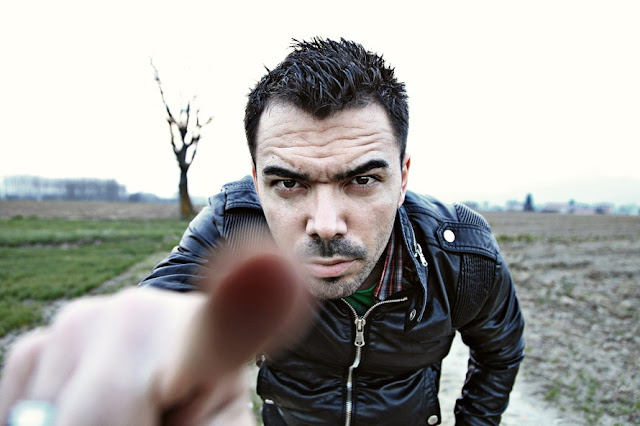 Since the OPPO F1s can register up to five (5) fingerprint commands, then the users can have the ability to choose in a pool of five apps depending on what they needed. Be it a map, a messaging device, an emergency button or even just the contacts. The creativity in this part is left on the user.
Among the rest, I think this ability isn’t present to many smartphones in the market. Which makes the OPPO F1s a unique phone that is perfect for personal use and traveling.
The last thing that the OPPO F1s presents to its users using its finger print launch is the security. Just like some iPhones in the market, the device also has a security protocol that is based on the user’s finger prints.

With this feature, some criminal activity that will befall into the device will be lessened since it needs its owners own print to open up and do tasks.

The OPPO F1s has a lot of cool features that can be extracted, but as a traveler, the specifications that I have discussed above are the best among the rest.
Truly the beast of the best features of OPPO F1s.

There are thousands of smartphones in our era today. One of which is the rising OPPO F1s which boasts its supreme camera specs. It also fights in terms of performance and design. But as a traveler, there are just some things that I wanted to have in a smartphone, and the OPPO F1s offers them. The device also presents a unique one-touch access which is a fast and reliable application launcher that is not normally seen in hundreds of smartphones.