Travelers tend to have fun while in a nature trip, well of course. The revolution of science and technology made the lives of travelers easier than ever. The power of gadgets can make accurate data calculations and catch high definition photos. This time, the world of travelers will be rocked by….. Pokemons? Have you heard of Pokemon Go?
It has been over a month since the initial release of Pokemon Go, the latest Pokemon game in the market (Android and iOS). Normally, Pokemon games can only be played at Nintendo consoles such as the Gameboy series, Nintendo DS and 3DS. But this time, the Pokemon Company and Niantic joined forces in order to make an ultimate Android and iOS game for travelers, the Pokemon Go.
But, how will this affect the “fun” part of your traveling? 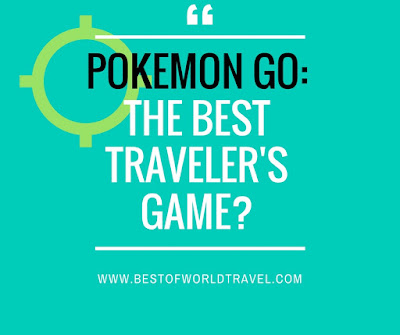 Pokemon Go is a free-to-play iOS and Android game that is a location based augmented reality application. Meaning, it tracks your GPS data (your real time movement) and allows you to catch Pokemon based on where you are. Seems good, right?
Since Pokemon Go is a location based game, your traveling will hugely affect your game play! The more you travel, the more chances of bumping to your favorite monsters.
This also uses your camera to catch Pokemons on the street. Basically, just shoot your camera up, check that Pokemon where it is hiding, and catch ’em all!
In the Pokemon Go, you can also hatch several rare Pokemons according to how much you had walked from the starting point. In short, for example if you’ve been walking to explore Branson, Missouri and got to walk 5 km, then your egg might be close to hatching!
“Just travel anywhere and you’ll eventually catch a lot of Pokemons!”
Several popular tourist spots such as churches, plazas, huge buildings, game parks and so on might also harbor numerous Pokemons! It is because of the Gym and PokeStops that Niantic placed inside the Pokemon Go game.
Pokemon Gyms in Pokemon Go can be fought and defended by your own Pokemons. While on the other side, PokeStops will let you give numerous items such as Pokeballs, berries, eggs and so on! That is why trainers are lurking just near these popular places.
Also Read: An App Created Just for Travellers
The world of Pokemon in Pokemon Go is diverse, it is connected to our world where we can travel. We can also meet several travelers or new friends along the way while we play this game and exploring our neighborhood.
The Pokemon Go game might be new to our lives, but it can surely liven up our travels. The game might be one of the missing link in our explorations. The game might be the application that we need to accompany our vacations. The Pokemon Go game might be the best game out there as of now that can make our traveling memorable.
“I caught this Pikachu when I was at the Great Wall of China”
Would not it be awesome if you’ve caught these lovely virtual monsters when you had an awesome trip to a popular place?

While Pokemon Go is relatively new to the market, there are lots of bugs and issues while playing this game. The game also needs an active mobile internet data to let you play the game.But even so, the game itself  harbors an awesome startup in the world of traveling. Using the GPS geo-location and augmented reality function makes this game unique compared to other casual game applications in the market. What are your thoughts about Pokemon Go?