Sabina Beach Resort is one of the most popular beach resorts in Zambales. It is located in the municipality of San Narciso which is very popular for surfing adventures and white sands. It is actually just a few miles from Iba, Zambales which is also popular for its strong waves that is needed for surfing.
In this article, we will show you the deepest review of Sabina beach resort in Zambales. 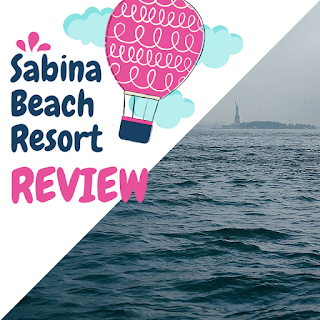 It was a sunny afternoon when I tried to contact a bunch of beach resorts in San Narciso to book a standard room. Since it was peak season in mid summer, their rooms were all fully booked and obviously, it as because of the Summer Siren Event at Crystal Beach Resort as I was looking forward to it as well.
During that whole event, I could not find a decent and budget room for us. Because of it, I decided to just move our “trip” a few days after. And there, I was reached by the Sabina beach resort staff.
It was a very clear communication at phone, I was delighted on hearing about the rooms that were offered they all seemed good, especially some of the photos on their official facebook fanpage.
And we agreed to have a budget standard room for 1400 PHP (30USD), originally 1500 PHP (33USD). I told the manager that someone will visit there to confirm our booking and of course the payment.
It was all paid for only 2 days stay, originally 3 days, but my mother said that she doesn’t felt like having two days in the resort because the ocean was so far from the room.

Arrival in the Cheap Beach Resort

The BIG day! It’s our family getaway and our tent was already itching to be pitched in San Narciso Zambales!
We arrived by morning and my first reaction was
“Is this the resort that I saw on Facebook? *shrugs off*”
We then talked to the manager, and she assigned someone to guide us on our room….but suddenly, according to my mom, the room that was given to us was perfectly different from the one that was offered to her when she checked the Sabina resort!

We had nothing to do, as the manager insists that we use “that” particular room for good. Well, they aren’t really different but the biggest difference between the two was the Air-conditioning unit (first thing I noticed).

In my estimate, maybe the room that was first offered had a 2HP unit, which can clearly make the whole room cool during summer. But the room that was given to us was maybe 1HP only? It was so small, and between the four standard rooms, it had the smallest air-conditioning unit.
Other guests? Nope, no one came on that day and we should have been able to use the one with bigger air-conditioning unit. My guess? maybe they’re cutting some electricity bills.
Arrival was bad.
Initial service was bad.
The Manager had some bad hair days~~~~ I guess. *flies away*

It was bad compared to the first room shown to my mom (I saw it too on the site). There were two beds, a bigger one where approximately twenty people can use it while standing or two to three people for lying and sleeping. Maybe five but they will look like sardines in a can.
The other bed was probably good for another one to two people for sleeping. 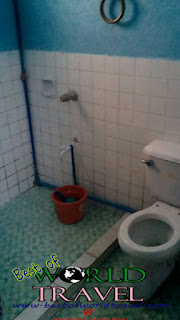 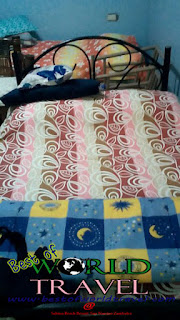 But, the room only allows two persons inside, and if it is a family, they can add up up to two people for a standard price.
The toilet wasn’t properly cleaned? Well, maybe it was cleaned but I saw a lot of black stains. So bad—-. The shower wasn’t even working and you have to use the tabo-balde technique, where you need to use a dipper and a pail to take a bath.
The lavatory system is just as bad as the air-conditioning unit. It was small and the flush system doesn’t even care to work. Another time to use the tabo-balde technique ( you have to wash your bottom via hand and put on some water… ahhhh~~~ yeah, a common Filipino tradition). No tissue.
Their towel hanger system wasn’t even properly configured, I felt like my towel will just drop off it wants to just disappear on Earth. Another big disappointment was their room security system where the locks won’t even properly work! Just where are we? Is this the 70’s?
Just like what I had told a few minutes ago, their Air-conditioning system was a total failure. My estimate was 1HP, right? Oh well — it felt like 0.1 HP! It wasn’t even an air-conditioning unit, it was a heating unit! Too hot, it was better to just open the door and take some fresh air.
The room was a total failure.

Fascinating, just like what I saw on their Facebook Fan Page
There were a LOT of rooms available on this beach resort in Zambales. Other rooms had a better designs compared to our standard rooms, but just like what I said, there were no other guests in this whole cheap Zambales resort.
One of the good points .. YES! I am gonna tell some good points! One of the good points in Sabina beach resorts was the nature itself. You can find a lot of trees to mingle! Yeah, big trees and chirping birds!
Advertisement

The landscape wasn’t as good as the Crystal Beach Resort, but it can still do as one of the popular cheap beach resort in Zambales. I felt like I got closer to nature here. Maybe I can become Tarzan?

“We also serve breakfast” — their current motto that can be seen just in front of their cafeteria. They sell a bunch of chips and food supplies that aides the customers for cooking. Oh yeah, it was never been too easy. But rest assured, we had already bought what we needed for the whole two days stay.
No Wi-Fi yeah, too bad! It should be implemented that resorts MUST. HAVE. WI-FI!

Customers can also rent a pool board, there were two pools in the resort, and everyone can enjoy the pool game for a fixed amount of price. There were also some seesaw for kids where they can enjoy if they get tired swimming. 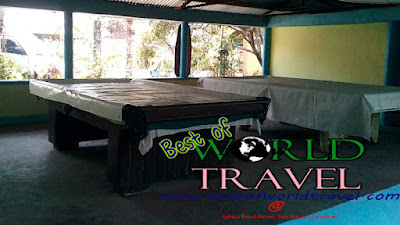 A swimming getaway won’t be properly finished if you will not actually swim in the ocean. And their beach is about —— 200 meters from our room. Wow~~~ I felt like I need a death march before I can reach our room!
There were a lot of cottages near the ocean and since there were no other guests we just used the cottage for free. Well — no one was looking though. *evil laughs*
The problem here isn’t just the very long death march to the beach proper, but the beach itself. The South China sea coasts are popular for surfers, meaning —- YES, BIG waves!

Your kids might not be able to properly swim here because of the huge waves that can take them unto the deepest pat of the oceans. In short, it is a bit dangerous to swim here with your kids. Plus, there are no life guards on duty. Much more danger ahead for those who doesn’t know how to swim. 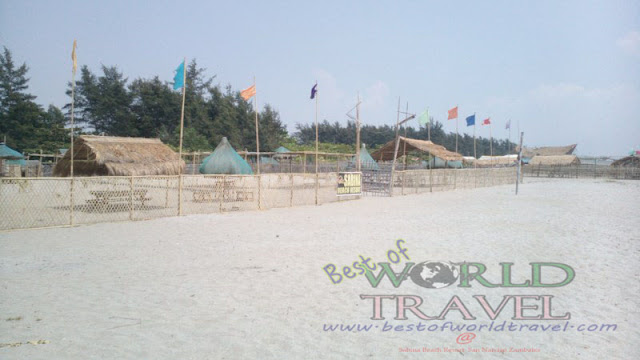 The good news is, your kids and other people that doesn’t know how to swim can sit along the beach coast and they can already have a full blast of wave on their whole body. Yes, just sit then you’re wet already! Haha But I could not call it a “swimming”, more like “sitting”.
The waves were huge, but it was clean. Much much cleaner than the waters in Subic. You can read more about it here. 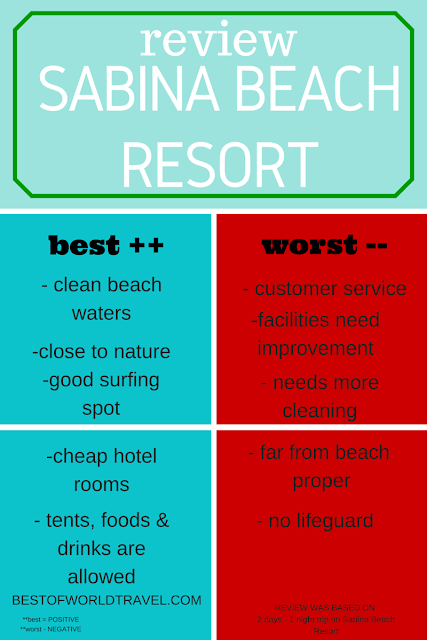 While the Sabina Beach Resort can be considered as one of the “cheap beach resorts near Iba”, her price does not support the facilities and customer relation that the traveller will experience in their vacation. Customer support widely affect the “love” of travellers in their travel experience. It can make a vacation very lively or be hated because of the bad support given to hem. And because of this, Sabina beach resort may be cheap, but our team might not return to their beach resort sooner or later.