“Ambronite is the ultimate hack as it fuels your body with the most powerful whole food ingredients and takes on 2 minutes to prepare.”

It has been a couple of months since we first heard about Ambronite- a drinkable super-meal that is so easy to prepare, light and nutritious! On that time, we were reached by the Ambronite team and asked us if their Finnish food product would be cool for us to try out. It was a pleasure, of course. 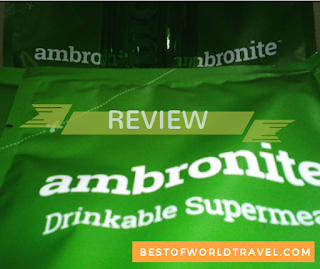 We have received the Ambronite V4 that might revolutionize the world of travellers just a few weeks ago. Well, it just happened to arrive last month via the postal service. It was very late, and we were afraid that the customs might have been eating them already, but it still came!
The Package contained five (5) packs of 120g Ambronite V4 and a cool but fragile green tumbler. I was astonished once I saw the “free” tumbler that came from the box.

The packaging box had a simple green design that probably depicts the simplicity on how to create your Ambronite Supermeal in a matter of minutes! Yes, just two minutes, shake shake—  and BAM! But I found something that was “off” on the packaging, it says “10 x 4.2oz (120g)” but I only had 5 packs inside the box… but it’s not really a big deal for me as a receiver. 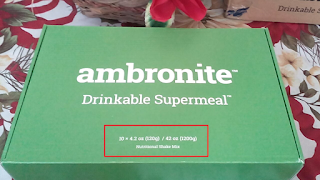 We tried to test the products in three different occasions:
1) A long vehicle ride — it was sooo hot! Plus a couple of hours of shopping under a 32 degrees sunshine.
2) During a morning workout that happened to be a lot of jogging; and
3) Beach swimming from dawn ’till morning.
All three bags were drank with the same person, the same amount and the same way to mix the Supermeal as stated on the packaging.

Since we are not some kind of scientists, we just did this for fun and tried to “experiment” on our own way! We are travellers buddy! Travellers…

And our review are as follows:

We prepared the Ambronite almost just like how the pouch’s preparation tips say, in order to fully realize the taste and texture of the food according to the manufacturer. We did as follows:

It was done within two minutes! Easy and light! Even kids can do the same thing over and over again.

The Ambronite V4 is truly an amazing drinkable meal that might change the views and experience of travellers. This awesome food fueled my body for 3 to 3.5 hours before I felt the urge to eat a heavy meal.
Their website claims that it can fight hunger for 4 -5 hours, but it didn’t happen to me on my first three tries. And yes, my metabolism runs faster compared to normal humans,because I am “The Flash”… so maybe it was one of the factors?
The experiments were done in the morning trying to have an alternative for breakfast. The Ambronite was consumed little by little before the sun rises, and then bam! Beach and surfing,– work out and travel! No animals or sacrificial humans were hurt during the process!

” I did not feel any hunger during the time when I was drinking the Ambronite — it was heavy!”

We have heard that the new Ambronite V4 has more added berries and the taste was also improved.
At first, the Ambronite’s taste was exquisitely bitter-sweet that will pack a punch in your tongue down to your throat.  Then, a group of chalk-like powders will follow up together with a crazy bunch of hard headed nuts. Lastly, some tidbits of sweet berries were left inside of my mouth.
I just closed my eyes and drank all of it! But, I actually liked the “tidbits of sweet berries” thing, though.
It was vegetable-berry-nut-like taste that will shrug off your shoulders! Honestly, it really has a “punch”!  But, it was actually surprising that the Ambronite tastes better compared to other “supermeals” that I had tried from the nearby department stores, well this one’s much better!
Advertisement 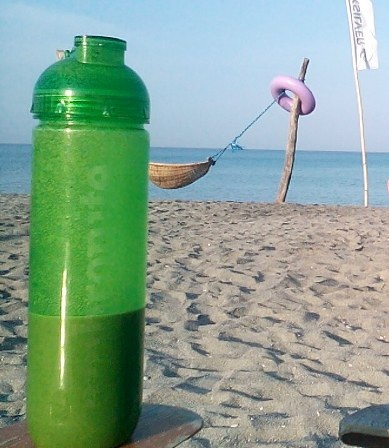 After my first pack, I got used to it, and found out that the Ambronite Supermeal can taste good as you drink more! Even so, I am currently trying to find a way to make it taste better for my last two packs of the Supermeal.

I can relate it on having a tough workout, it’s hard at first, but your body will ask for more even your brain says staahhp!

Ambronite V4 is the latest and improved version of the awesome Supermeal. Each pack consists of 18 different ingredients (as per Ambronite.com) which are :

And according to the Ambronite v4’s pouch, the drinkable supermeal contains tree nuts that were mixed in a facility that handles wheat, soy and milk that might be a trigger for allergens.

Honestly, I don’t even know more than half of it’s ingredients. *flies away*

While we enjoy the deep flavor of Ambronite and its nutritional values, we must tackle about it’s pricing.
As of now, April 2016, the Ambronite products are sold per box of 5 and 10s. And one for a monthly subscription.
The price of 5 Ambronite Supermeal in one box is around 55 Euros. It is around 89 Euros for 10 pouches of Ambronite and a 15% less for monthly subscription which costs 75.65 Euros.
Based on the above prices, the Ambronite Supermeals would cost its customers around 8-10 Euros ( each 120grams of organic nutritional shake.

The Ambronite Supermeal is a great alternative for busy people especially in the morning where breakfast must be made hastily. This product is a game changer that can give you a “fast break” on busy mornings especially on hectic travel schedules such as camping trips and trekking.
Even though the Ambronite Supermeal is an awesome food, I can say that it is not for everyone. A 10 Euro per meal is a real big problem especially to third world countries like the Philippines, that amount can already fuel us up for the whole day.. or two. Because of this, the product targets the upper-middle to higher class countries.
The Ambronite’s flavor might also be a huge factor that will determine the consumer’s affection to the  Supermeal since “taste” and “flavor” always affect the love of customers toward a food product.
For me, I would definitely bring one of these if I can afford it on my future travels. 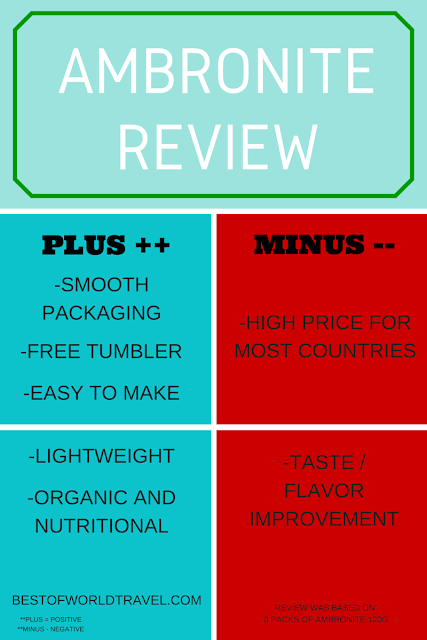 Official Website : Ambronite.com
*This review is based on three packs of ambronite consumed in different occasions.