Air Transportation is quite a hassle if some of your bags are delayed, lost or damaged. This will surely give you a reason to become furious and sometimes will lead on a decreased trust over that Airline Company just because you have a damaged baggage.
Delayed luggage are pretty common in the Airline Industry. It is the result of some circumstances that may occur like: security reasons, ramp issues, mistaken by another passenger, stolen or being placed on a different bay or airport terminal. Either way, you need to immediately report that you’re bag/s are missing when you are still on the Airport, to increase chances. There are information booths that may help you with your problems. Unclaimed luggage will be disposed off after a designated date regarding on the company’s rules. It could range from 20 to 30 days.
It is better to have a delayed luggage than having some of your items lost or damaged, just like what happened to us recently. Our bags were ripped off. It was really obvious that there was some kind of a “tool” that was used in order to destroy the poor bags. Electronic items were taken, as well as my beloved chocolates. In this article, I will show you how to deal with these kinds of circumstances and let them pay with your lost chocolates.

File a Report Before You Leave the Airport

Just like what I have said above, file a report before leaving the Airport! Because when you will only file a report when you are at home already, chances will drastically diminish as time goes by. If you can not see your bags on the conveyor belt, it might have been dispatched on a different area. In order to deal with this, be calm and do not let your anger consume you. Talk to any Airport Staffs, and ask where is the Information Booth. There, you must tell your worries about the Airline Company which had served you. They might redirect you to the company’s booth, but it should be the last one. If ever they will say that your bags are just late, you must always insist to fill up  a form, and YOU must take a copy of it, for proofs. You must also see your tracking number so that you can at least check the status online.
Take necessary measures by asking the staff’s contact number as well as the name. Be sure to ask if there are charges when your luggage will be found… I hope none! Airline companies have different policies regarding damaged baggage issues, so, do not take chances just because you know the policy of Airline X.

Air New Zealand as the Airline of the Year

Some items are already known that will be delayed, and the company will tell you that beforehand (or maybe afterwards?). We had experienced something like this before because of security reasons. It was a connecting flight from USA to JPN (Japan) and JPN to MNL (Manila). The item was already checked by Airline X months before the departure, so it was an OK! When the item arrived at Japan, the communication between the two airlines seemed to be unclear, so Airline Y that will carry the item from JPN to MNL will “check” again the item. The item was an electronic powered wheel chair that needs its battery to be removed. The problem was, the company can not remove the battery unless they have the master key. The greatest problem was, the key was lost in the luggage together with my chocolates Such luck!
It took them weeks to decide, we don’t know if it was “properly” checked because they don’t have the key, but in the end, they delivered it to our home for free….and with apologies, 4am in the morning tho. 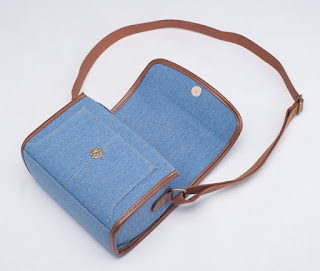 After days of waiting for your supposedly “delayed” luggage, the Airline Company has contacted you and gave you a shocking news that your luggage are already lost! In order to deal with this, again, do not let your hatred consume you because your latest iPhone was inside that bag!
The company will most probably send you a form in which you need to print out and fill up the details. In this form, you will provide details regarding your flight and credentials. There, you will put the necessary information about the lost items including your travel bag, the description and how much you had bought them. You must also ready your passport, tickets, valid ID’s and other credentials. To ensure that your items will be fully paid, you must show them the receipt of purchases. I suggest that you write all lost items, because you don’t know if they will really pay you in full.

10 Accessories that You Must Bring

If ever the company said that they won’t pay full, try to check out your travel insurances. There are some credit card companies that provides insurances in these circumstances. You must also consider that some Airlines won’t pay you because of your poor packaging.
If you have only known that there were missing items in your bag, you must immediately contact your Airline Company, and be ready to provide photos that your bag was ripped resulting of lost items.

Be Patient and Do Not Lose Hope

These companies may have been dealing with lots of troubles, and I think it’s not just one or two passengers need assistance regarding lost items. According to an Air Travel Consumer Report in 2009, there are around five to ten reports regarding baggage issues per 1000 passengers in different US Airlines.
The claims will be filed on their head office and they must be sure to check out if the claim is legit or not. There might be some bogus reports that may cause to drain their revenue.
On our experience, after filing our complaint, it took us around 3 months until a good reply went to us. The Airline Company Y said that they will pay us half only because we could not provide a receipt. All I did during those three months was to pester them with emails regarding our lost items, in the end, it went well. I don’t actually know if pestering them with emails had actually helped, it’s just I was frustrated with my chocolates (LOL).

Send in Your Bank Information

When the company tells you that it is the time for compensation payment on the damaged baggage and items (Be Happy bruh!), you must provide them with your Bank Details. I only had a PHP Account, and it was accepted. I used a Union Bank EON Card that is normally used to activate PayPal with VISA extension. The compensation went in after 15 days of sending the bank information. It was $500 USD, just half of the whole report sum that I had filed.
There was also the second choice, and that is to directly visit the Company Y‘s office in the NAIA International Airport, which is a big hassle on our side.

How to Fight Jet Lag

It isn’t really sure if the company will pay you, so, be sure to face the worst case scenario. They will tell you what are their reasons why you are not being paid. If these things will happen, be sure to remember it and be a lesson for your future air travels. Have some travel/luggage insurance too if you are a frequent flyer, it will be safer for you and for your luggage.